Landscape and Relief in Geography

Some words are used in everyday life so often that peoples don’t ponder about their initial meaning conditioned by their etymology. We say that it is trivial, naïve about such pattern of the World. But forming the scientific pattern it has been treated to terms/notions meaning more accurate since it makes the principal “salience”, embossment of the semantic space. The same time the sharp deviation of the scientific notions from their worldly/etymological senses that impart its eidetic nature is not permitted. In the scientific variants these terms became the notions. Such terms (for different languages) are “landscape” (“scenery”, “paysage”, “panorama”, “crayobraz” so on), “relief”, “terrain” (“pays”, “luogo”), “facies” and others that are the terms of general use including the art. So geographers have neglected the nature of landscape for a long time. Here I want to state some views about landscape phenomenon (relief is often interpreted as landscape) as a geographical appearance first of all. In the base of this the view of A. Humboldt, F. Ratcel, many Russian geography-travellers of 19th – beginning of 20th century and modern science as an ordinary interpretation of such word as “landscape”, “relief”, “terrain” and so on. 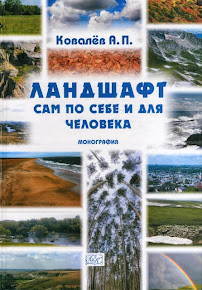